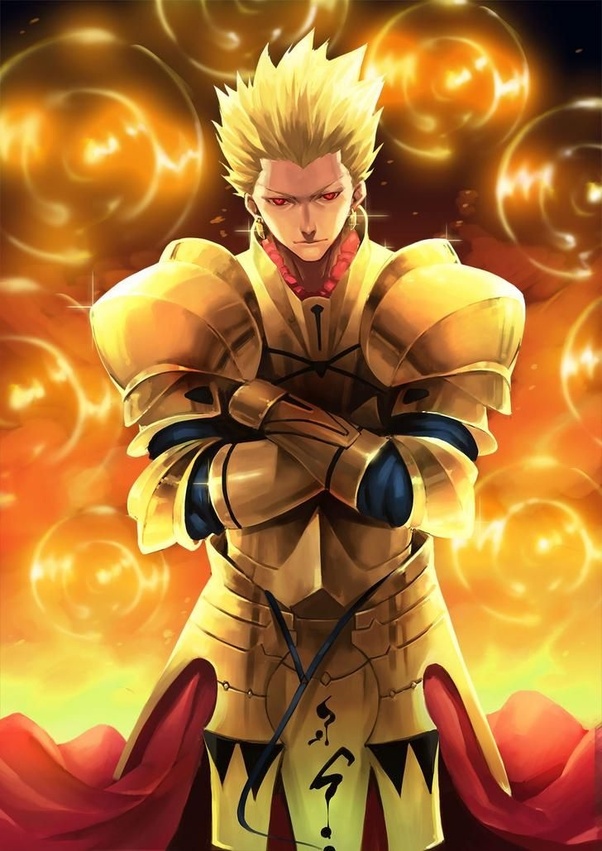 Despite being classified as a “Heroic Spirit” Gilgamesh’s arrogant and self-centered attitude makes him anything but “heroic.” He believes himself to be a king above kings and believes all the world’s treasures are his to take. Yet despite his history of conquering and collecting, Gilgamesh never truly feels joy from any of it, to the point where he doesn’t even want the Holy Grail at all.

Despite this, Gilgamesh still seeks to obtain any treasure he sets his sights on, whether it’s a physical object or someone trying to achieve an impossible goal, perhaps as a way of filling the empty void inside himself. This goes even as far as Gilgamesh wanting Saber herself, though he doesn’t want to truly have her, believing that her opposing him through her ideals is what makes her beautiful.